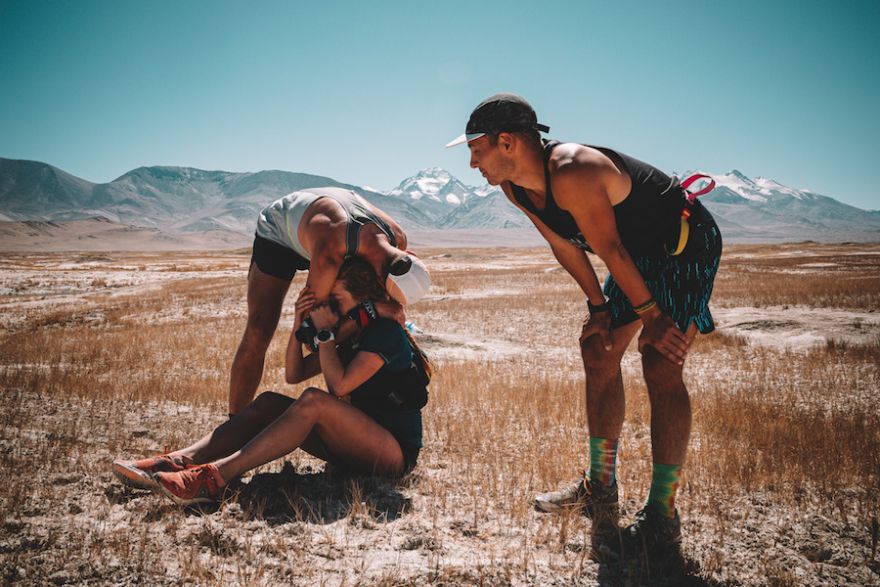 Like all good stories, this one begins with a drunken bet.   Three friends, bonded by a love of running, were desperate to ditch their desks and go on an adventure. One night, after a few too many drinks, they placed a bet.  They would spin a globe and wherever their finger landed, they would run.   They spun. Tajikistan.   Tajikistan!?   A part of the world few have heard of let alone travelled to. A region shrouded in a reputation of war and danger. A place of extreme heat during the day, dropping to dangerously cold temperatures at night. Where the altitude is so high, it feels like you’re breathing through a straw. Not exactly prime conditions for running.   They accepted their challenge.They would run across Tajikistan from the border of Afghanistan to the border of China, covering 400km in just 7 days - about a marathon a day, everyday, for a week. They would run through a valley of spectacular proportions, the locals call it ‘the roof of the world’.  This is a story without finish lines or medals. Rather what happens when you trust in nothing but your own two feet, to carry you across one of the last truly wild landscapes on earth. Self-doubt, self-discovery and a whole lot of mountains.  This film is a true adventure into the unknown.