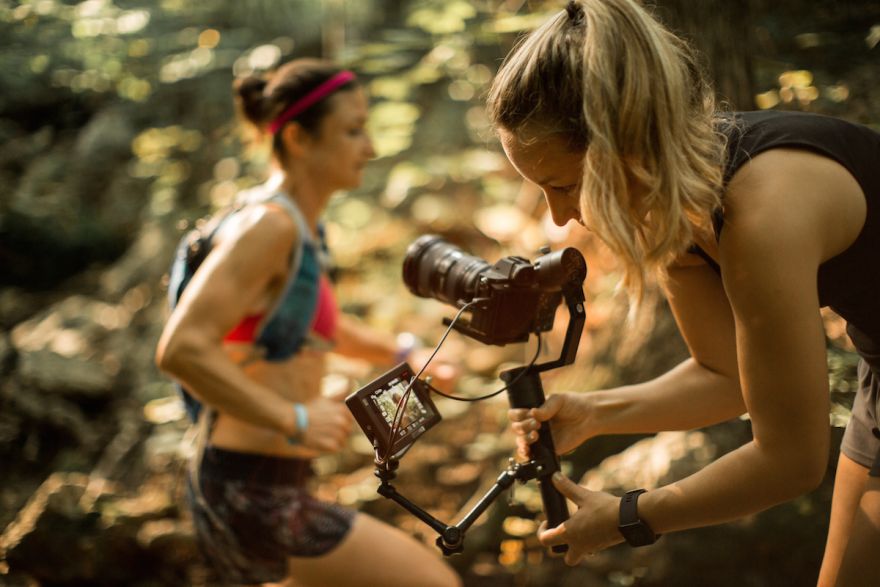 Trails In Motion recently sat down with Carrie Highman, proprietor of Dream Lens Media and filmmaker of Boundary Breaker featuring Courtney Dauwalter, one of the official selection films on this year's world tour, to chat about her approach to film making and to give us a little more insight into the film making process.

TIM: What was the starting point for the film Boundary Breaker, what made you want to tell this particular story about Courtney?

CH: I met Courtney through her husband Kevin’s cousin. Did you follow that? We were talking about my passion for short films and he said Courtney just made the U.S. team for 24 hour races and would be a great person to meet. I didn’t know anything about 24 hour races at the time but was instantly intrigued by the concept. I called her up and we talked for about an hour. I dug into her background, what got her started with ultra running and why in the world 24 hour races were fun. I loved her mentality, that she wanted to see how far she could push her brain. She was so much fun to talk to and by the end of the call I asked her if she would be up for filming together for a weekend so we could tell her story. She was up for it and I hung up the phone and Google searched her name, what I should have done before calling her, and the first search item that popped up said “Courtney Dauwalter sets new American women’s record for most miles completed in 24 hours.” An important fact that she didn’t mention once during our phone call! Her friends and family all know just how much she downplays her awesomeness but that was my crash course in how humble she really is.

TIM: If you could choose any other trail runner to make a documentary on who would it be and why?

CH: I’m really intrigued by desert trail running. Especially in the middle east. I would love to do a documentary on a trail runner in that part of the world and understand that aspect of the sport. But I don’t have any specific runner in mind, so if you know someone who has a compelling story, hit me up!

TIM: What is your favorite part of the filmmaking process, and why do you enjoy it?

CH: My favorite part is the middle to the end of filming. At that point, you’ve spent hours with your subject, you probably have some funny stories to tell, you’re stoked about what you just shot but most of all, you’ve gotten to really know who you’re working with. I have a passion for creating films because I love meeting incredible people. I love introducing them to a larger audience and letting their story resonate with viewers. I gain so much insight, wisdom and inspiration from the people I film and I want to share that impact with others. Right near the end of filming is the point where I feel like I’m ready and able to share that person’s story and that’s exciting.

TIM: Who do you look up to in the adventure film making industry, what do you like about their work?

CH: Gosh, do I have to pick one? Ben Knight, Grayson Shaffer and Dean Leslie are definitely on the top of my list. They are all remarkable storytellers and their imagery is stunning. After watching their work, my inspiration level is always at an all time high. 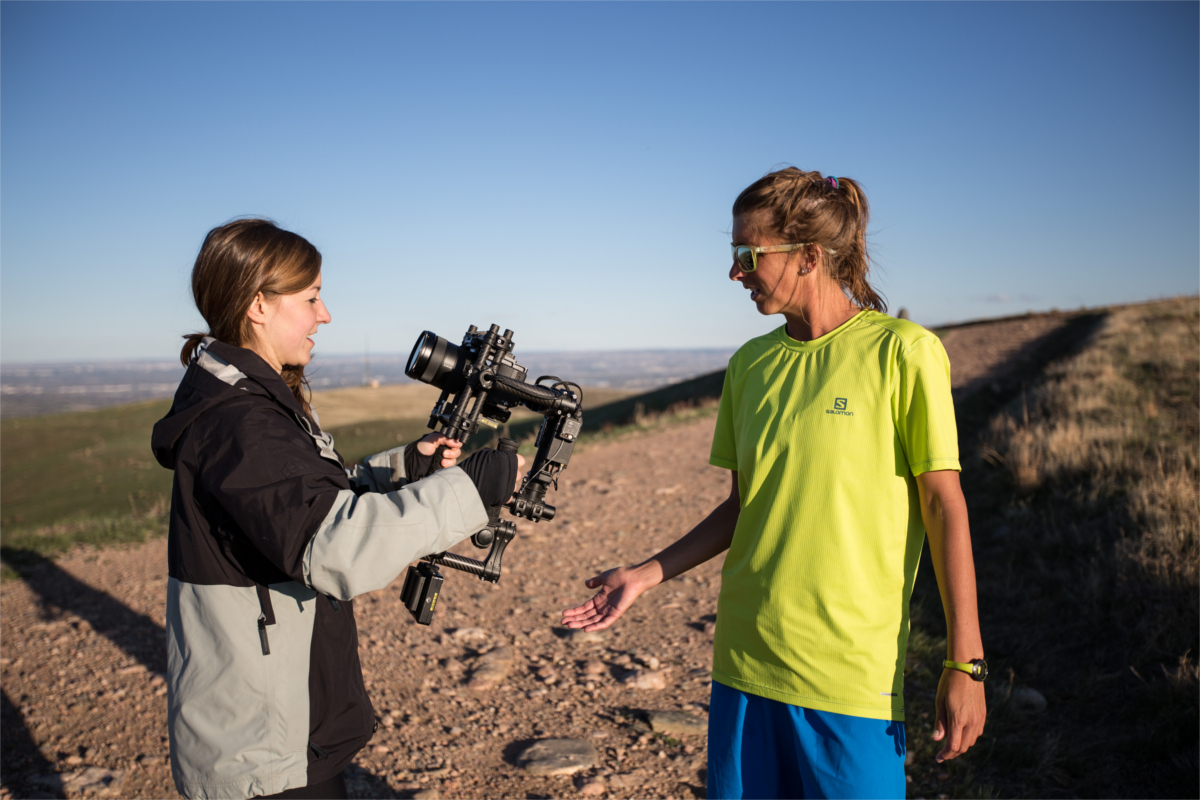 TIM: Do you have any sound advice for aspiring filmmakers in this genre of trail and adventure film. What do you feel is important when telling a story through film?

CH: I think a lot of aspiring filmmakers care most about getting epic footage and I think that’s really important but I think what matters more is connecting with the people you’re working with and striving to improve your ability to tell a story. Everyone knows the difference between some cool drone shots and time-lapses and a true story that really resonates with people. If you focus on what you’re trying to tell and really care about your subject, the rest will follow.

TIM: What project is up next for you, we hope we can look forward to some more trail inspired films...

CH: I have a couple trail inspired films in the works! I’m working on a film with an organic CSA farmer, mom and trail crusher that follows her journey as she wrestles with the decision to scale back at the farm in order to see where her trail running can take her.

I’m also working on a new piece with Courtney. We filmed with her out at the Tahoe 200 and we’re really looking forward to releasing that film, hopefully in a few months.