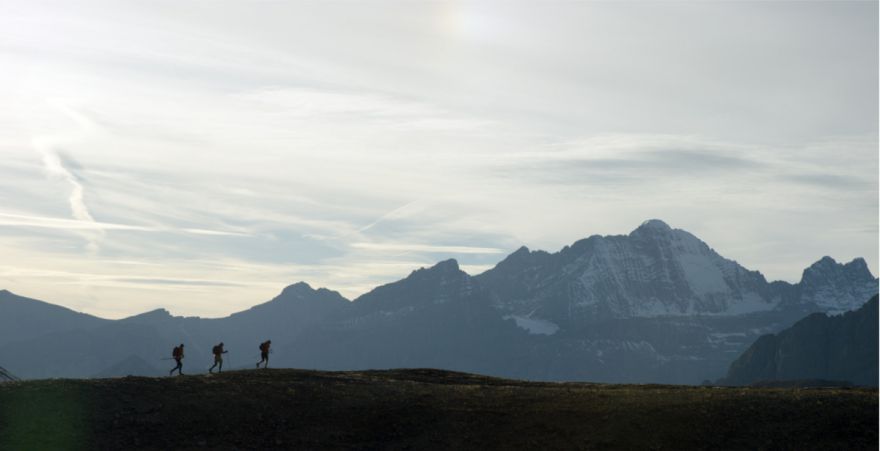 The most difficult part of our 3-week adventure into the wild? Seeing it come to an end.

Another difficult aspect we’ve found from interviewing filmmakers and athletes alike, is that in order for them to attempt to describe a trip in words, it’s almost impossible. To put anyone in their smelly, mud and snow-covered sentimental shoes is quite challenging, but this film does a damn good job at showcasing the sense of scale of both the terrain, the distance and the emotional rollercoasters that came with it.

But there’s a lot that a 10-minute edit still leaves to the imagination, purely based on time constraints, so to get a deeper understanding of just what it takes to create a visually impressive story such as this, we sat down with Matthew Irving, the master director and editor of this short film, to get a glimpse behind-the-scenes. It was an eye-opening interview as we gained insights into the gear, challenges and marvels that accompanied them along their journey to the Crown Traverse. 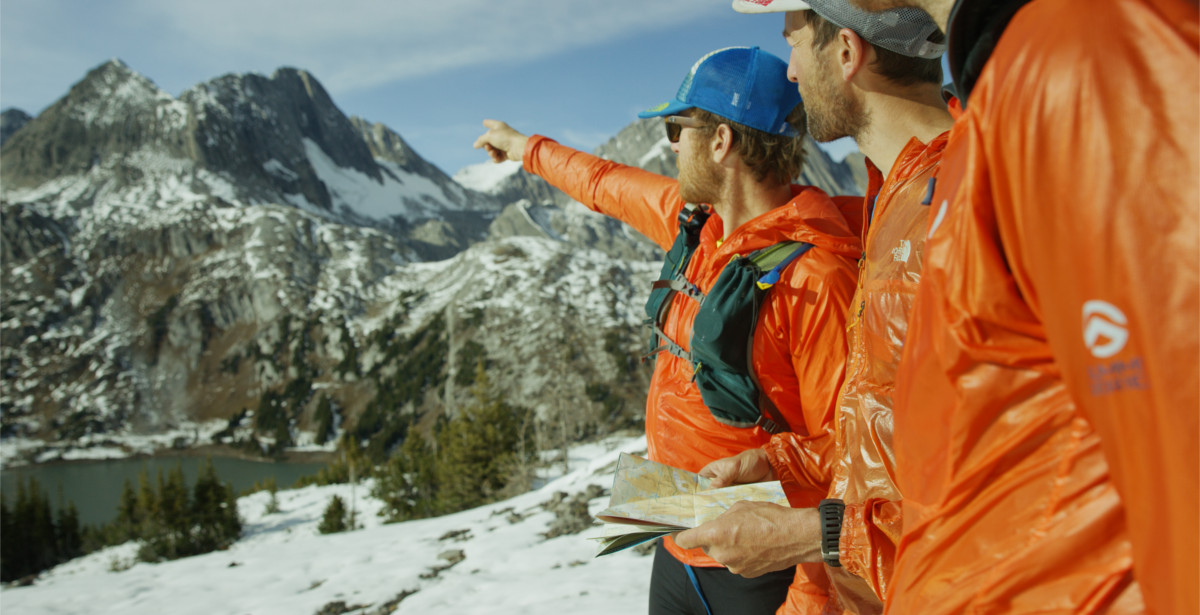 1. First and Foremost, what made you go on and film this adventure? “I’d worked with both athletes, Mike Wolfe and Mike Foote, on previous projects, and when they mentioned this one to me, I thought it was crazy that no one was going to be making a film out of it! We didn’t have any funding initially, but we thought that we had a pretty good chance of making our money back. I guess that makes it sound like we did it for the money. Maybe we did. Maybe we did it for the fame. Just kidding, but seriously though, it was all about the Benjamins!”

The minute the decision was made, doors were opened and Mike landed the dream job of being sponsored to go on an adventure! Amazing right? Along with his filming partner, Bobby Johrig, they created a film that did so well that it was picked up by North Face and premiered on a global stage via the Trails in Motion International Film Festival…not too shabby.

Here are a few words from the man himself:

2. Did you do the entire run alongside the athletes or did you pop in and out to film key segments?

“Thankfully not, when they were based out of the support van, we would run in with them in the morning, come back out, drive for a long way, park where we had planned for them to end up, then run in to try find them again. However, our photographer, Steven Gnam, was an absolute machine as he ran most of the distance. Luckily for us he managed to get some great shots in otherwise difficult to reach locations that added a unique aspect to our story as he got very close to the athletes in the wildest of terrains”. 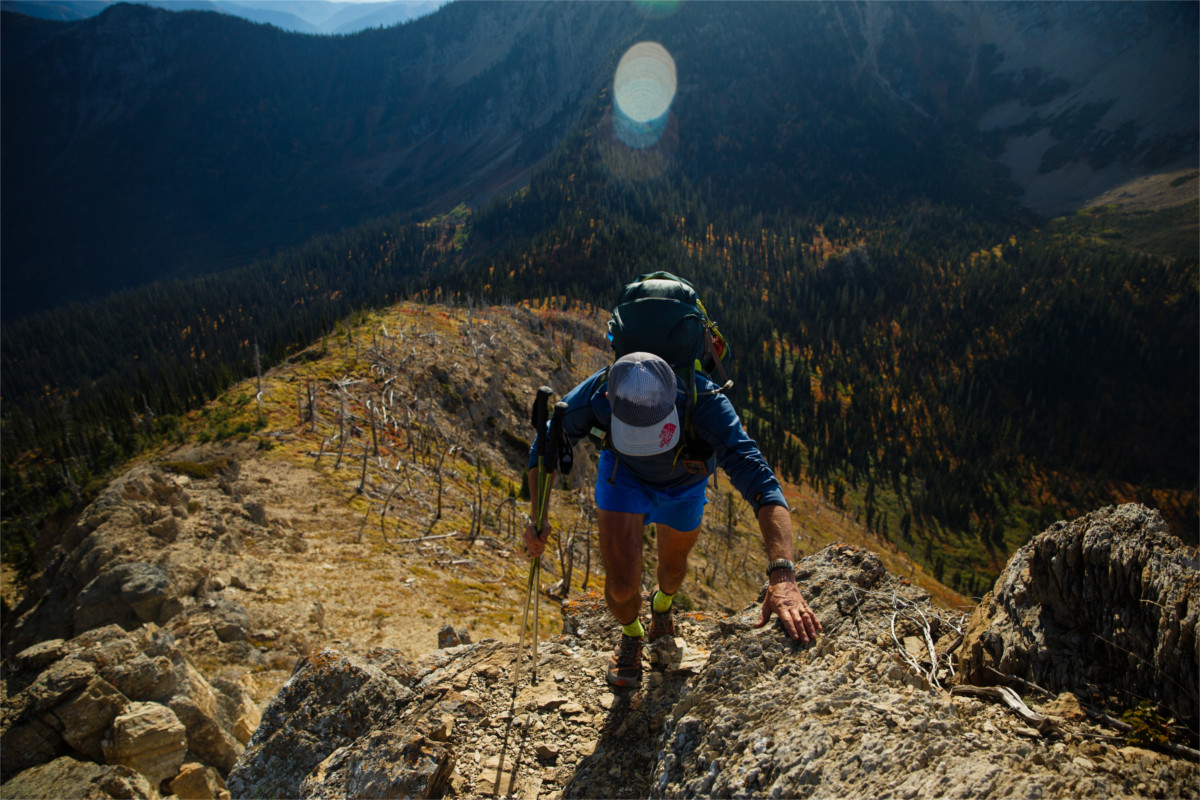 Searching for the athletes was tricky to say the least, with bad signal and few fixed paths, bushwhacking was the name of the game as Matthew recalls one particularly hair-raising experience… “My first experience with filming on this project was bushwhacking for 4 hours, in the middle of the night through bear country by myself, carrying a small knife and singing Taylor Swift as loud as I could. I had a general idea where they were supposed to be on the mountain, but it was a big area and I had no way of knowing where they would end up. The only reason I found them was because they heard my chants coming from deep within the forest. Scary stuff!”

3. What was the most challenging part of filming in this environment?

“Logistically, it’s been one of the most difficult projects I’ve ever worked on. A lot of planning went into where and when we could meet the runners in order to maximize our footage. We followed the support vehicle along their general route, but sometimes they would be in the back country for up to 4 nights, so we would have to find access points and run in and find them, which you now know can be sketchy at the best of times. There was one day where we ran 18 miles and still never found them. Jerks.” 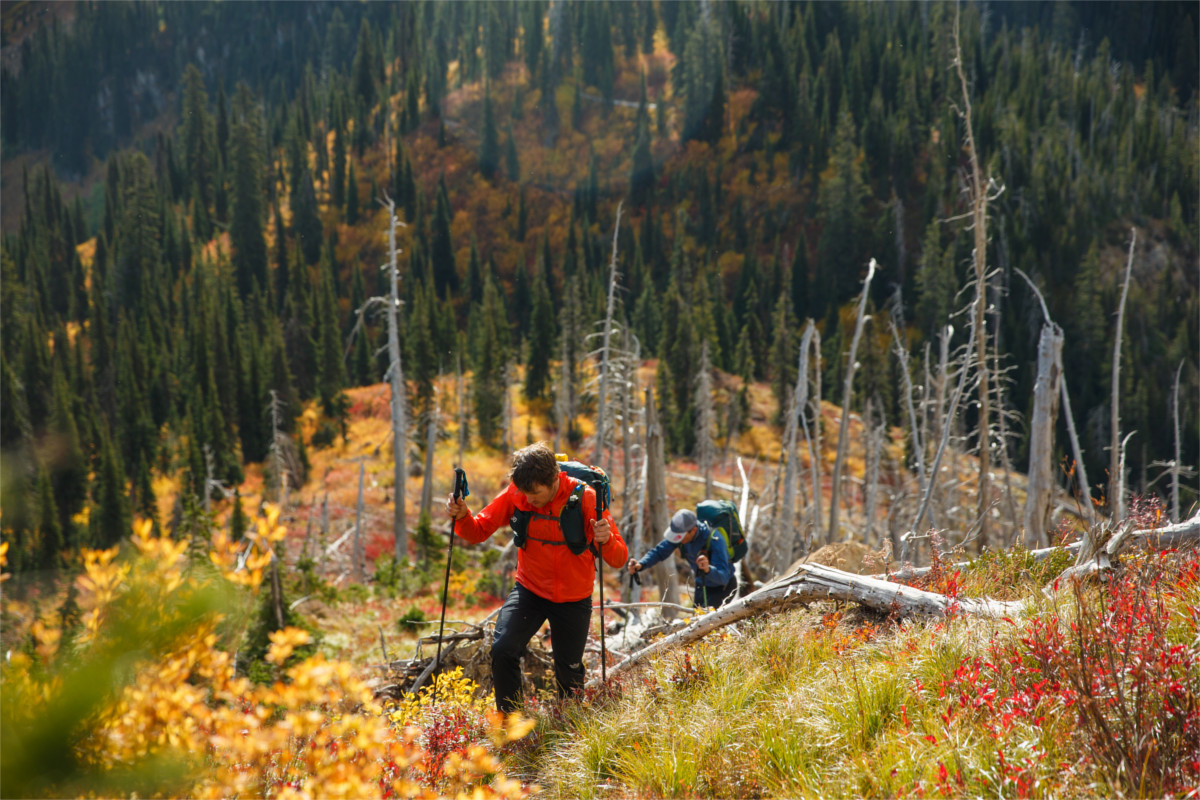 4. What filming gear did you use?

”Because this was self-funded, we used whatever we could get our hands on. The guys at Helio Collective out of Bozeman were super helpful and loaned us their Red for a bit, but we also shot on Canon 5diii, Sony FS700, Sony Rx100, and GoPro. We had an interesting mix. While the Red footage definitely looked the best, some of the best interactions were from the smaller cameras, like the GoPro and the Rx100. Having a smaller set up was less intrusive and gave us authentic footage. But ultimately, it was all authentic. The runners never retraced any steps. If we missed the shot, then we’d have to just move onto the next one.”

So not only did they film, but they did a lot of running too, with big cameras and heavy gear…

5. What was the most difficult shot to capture?  “The most difficult shots were definitely those on Mt. Northover. The athletes were taking a slower day, so we were all able to get into the back country with them and set up a camp on the border of BC and Alberta. The following morning, we all set out heading up and over Mt Northover. The weather was perfect, but the terrain was difficult to move in. Chasing the runners along the spine ridge with a large camera in hand wasn’t the easiest thing to do, but I can confirm was one of the most fun. There was definitely 5th class soloing going on behind the lens, I think that my testament of coming down alive speaks to that. But man, it was all difficult." 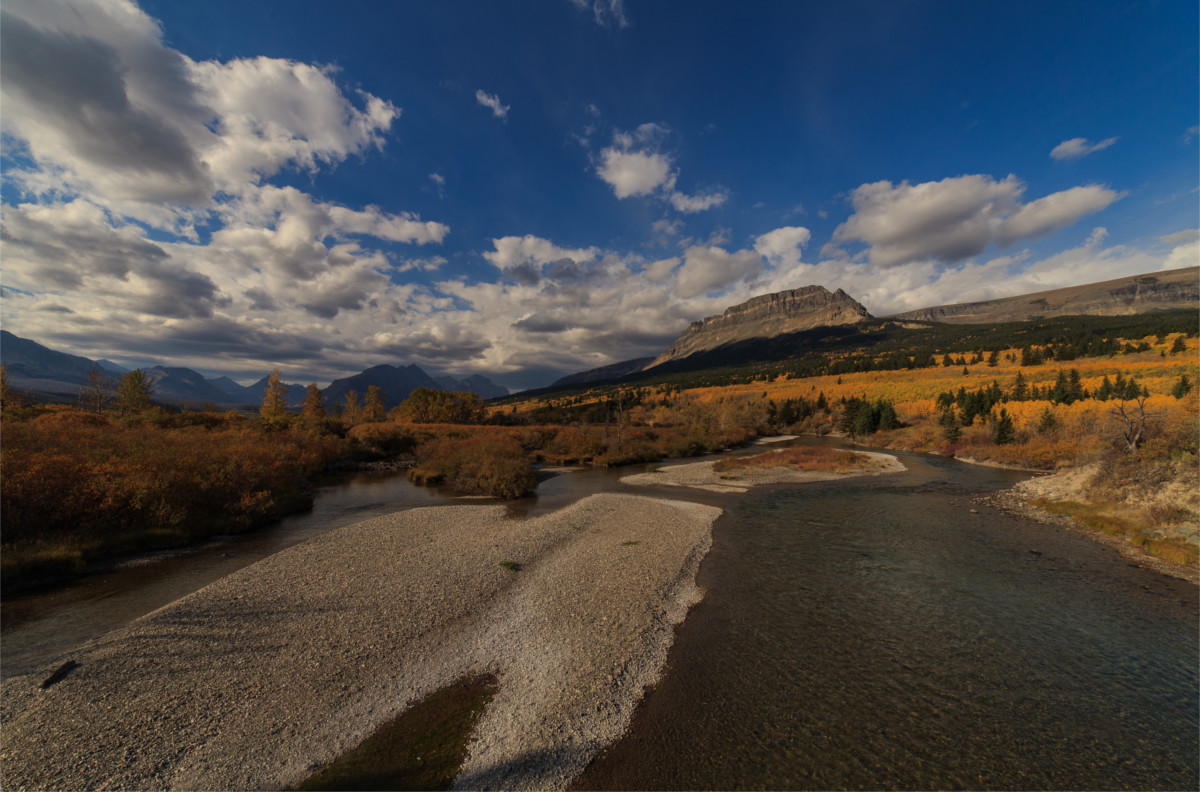 Although being in the wild is both magical, majestic and undeniably beautiful, it’s clear to see that it’s no walk in the park. If you’re an aspiring filmmaker with high hopes of going on these kinds of adventures, here’s a little bit about Matthews background, along with some advice to get you going and keep you motivated:

6. What is your filming background and what lead you to work on such exciting projects?

“I started filming back in 2010 for Camp4 Collective when they first started. I had been working for Tim Kemple as an assistant on photo shoots beforehand, and progressively transitioned over to video, which lead me to Camp4Collective.

It was a crash course in suffering, but a great opportunity to learn from some of the best people in the business. I definitely wouldn’t be here without those experiences. After about 3 years of working for Camp4 I became redundant as processes changed. It was a very scary experience leaving the only job in the industry that I’d ever known, but ultimately the BEST thing that could have happened to me.

It allowed me to get out and work on projects that I wouldn’t have been able to work on otherwise, like riding migrant trains with Al Jazeera or working on feature length Hollywood films. It was the main door that has led to all the other doors I’ve been through.” 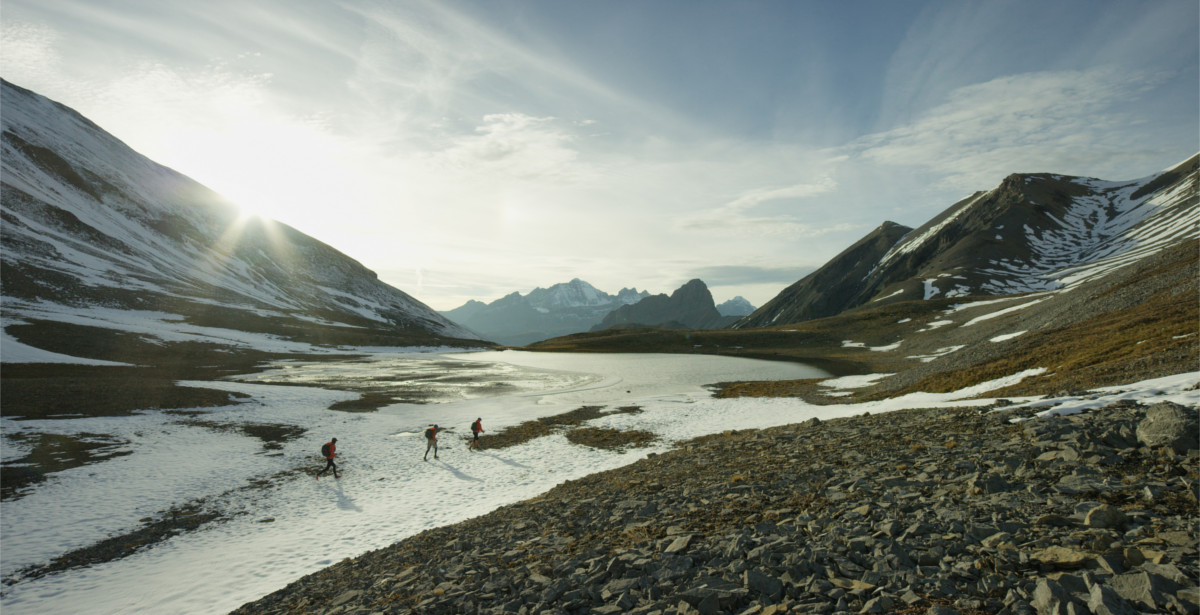 And as for the advice…

“My advice to you is firstly – Don’t be scared of change, embrace it along with the new opportunities that follow.

My second piece of wisdom is this - I think the biggest hurdle in this industry is meeting the right people. Every jerk-off with a camera can probably do a better job, but being the type of person people want to work with again goes a long way. To an extent, it doesn’t matter how good you are if nobody likes you.

And lastly, I think that, coupled with working really hard and putting yourself out there will give you a better chance to succeed, but in the end, I think it’s probably just mostly luck.” Battling the mountains, the land and the wild may not be easy, but it will take you to places that few have seen and places that many dream to experience for themselves. Trail Running is undeniably a catalyst for adventures unlike any other.

Where will your next run take you?

Tweet
More in this category: « One Step At A Time | The Story Behind The Story Breaking Boundaries with Carrie Highman »