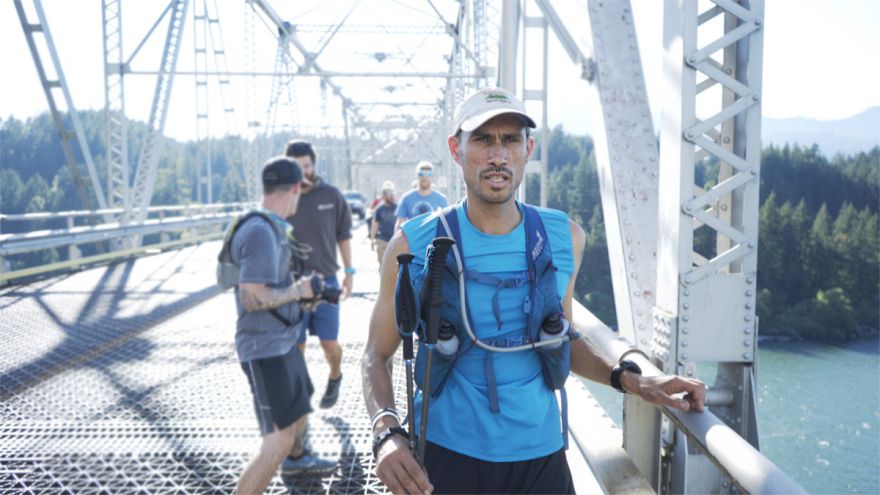 Everybody loves an adventure film!

The experience of watching them fills us up with energy, euphoria, excitement and ecstasy and it’s almost enough to convince us that we should all start to find a way to feature in one, just to get a glimpse of the wilder side of life. But we often get so overwhelmed by what we’re watching, that we forget to explore how it all came to be. Filmmakers, who are lucky enough to tag along, see far more than what’s put in the final film edit and it’s these stories we’re after - The unedited adventures!

These stories are not well-packaged with a musical soundtrack and smooth transitions, they need to be sought out and retrieved in their raw state, sparking our curiosity and imaginations, while being told by the storytellers themselves. 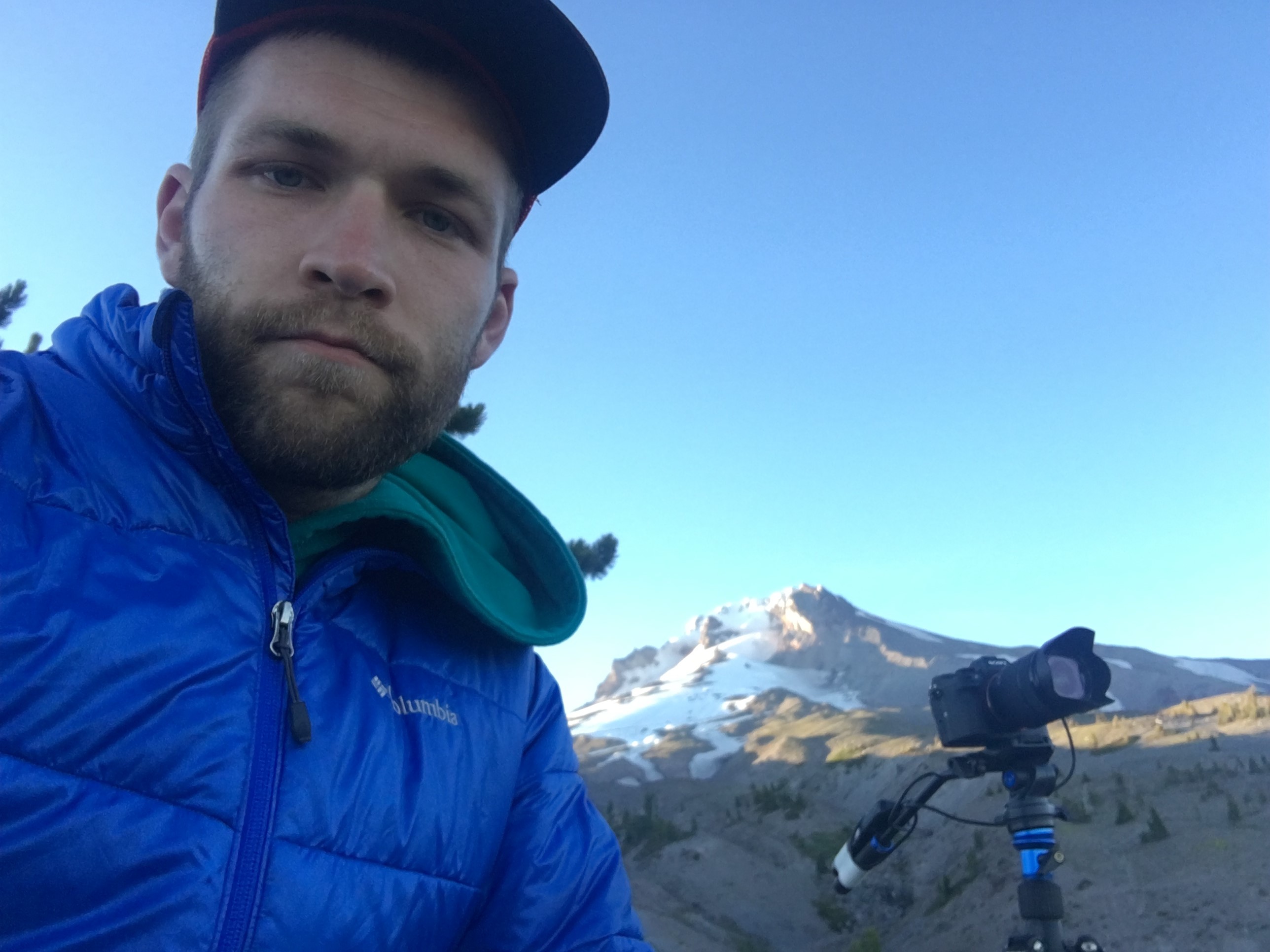 “Don’t go looking for an adventure – Let it find you” – Rolf Potts, Vagabonding

This statement couldn’t be more true for Steven Mortinson, a grand adventure came and knocked on his door and this is how his story begins…

Steve always had a zest for life and an even greater zest for adventure. Shortly after moving to Portland, it was this contagious flare, paired with his mostly self-taught camera skills, that caught the interest of Yassine Diboun. Yassine isn’t an average kind of a guy, but the owner of Wy’East Wolfpack, a company that offers personal training, coaching, corporate wellness, trail running and hiking trips. Firstly, Yassine just wanted a quick little online video promo, which Steve waxed. Then when the big adventure was on the cards shortly thereafter, Steve was invited to capture one of Wy’East’s biggest runs yet and turn it into a film.

Being slightly intimidated by this large task, having never made a feature film before, Steve took a big breath and said ‘YES!’. This one word led him down a whole new path and his vision was simple and set from the start: To make a film for the masses, appealing to runners and non-runners alike, spreading inspiration through captivating visuals and a well-curated story.

The pressure was on! 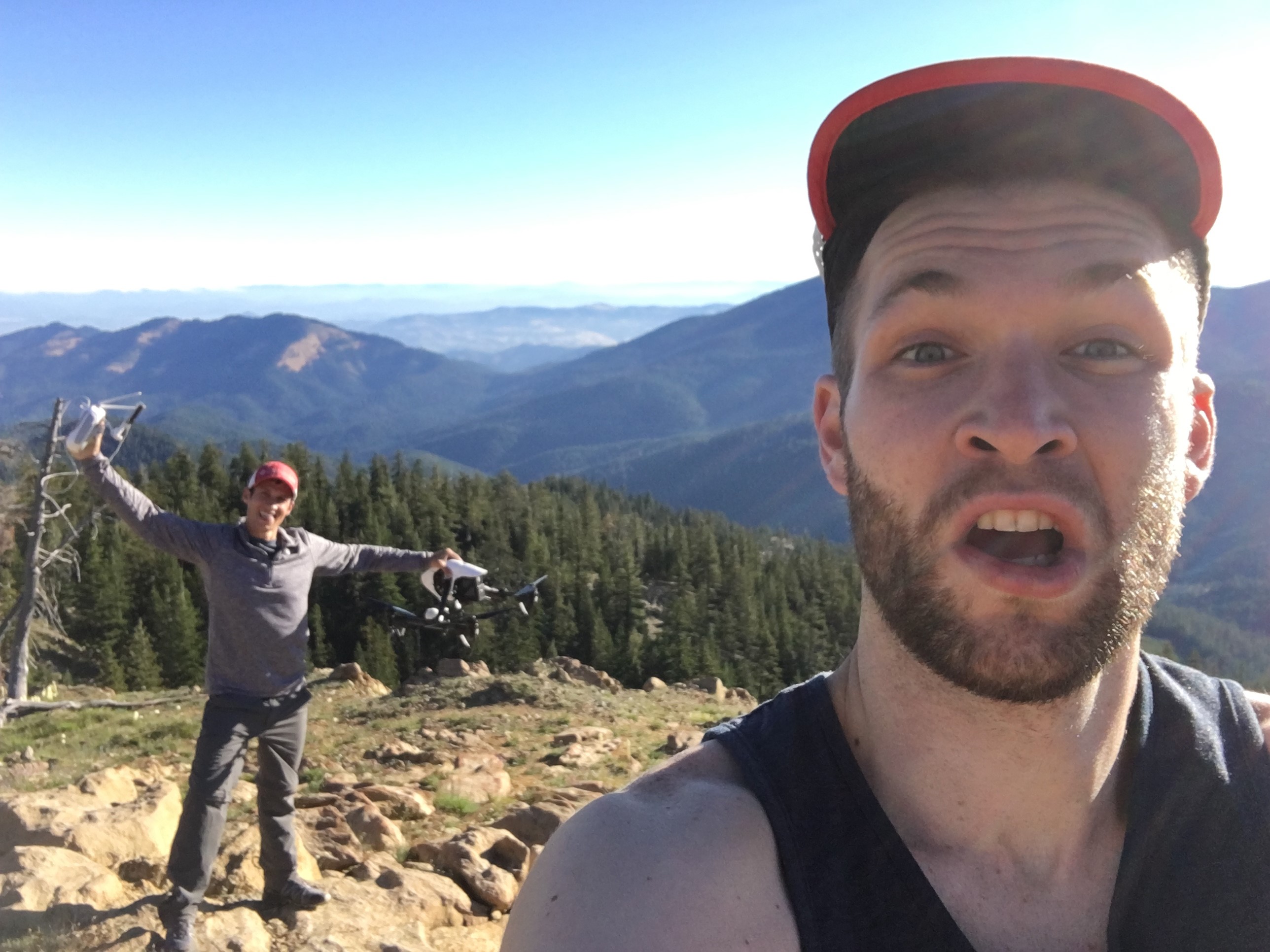 From day one, both Steve and the athletes hit the ground running! It was go time and there was no going back. It was also decided that in order to leave the runners flow uninterrupted, each shot would need to be un-staged with no retakes. This meant that the filmmakers needed to be at the right place at the right time - all the time, with just one chance to get the money shot. This proved to be exceptionally difficult, especially without signal and GPS co-ordinates out in the back-country.

Another game changer was managing all of the filming gear. There were two main challenges. The first was filming while running 60 miles alongside the team, never mind trying to keep up with ultra-trail runners who are trying to break a time record when carrying all of the heavy gear and equipment. The second was making sure that everything was charged at all times. Thank goodness for power converters, cigarette lighter plugs and energy drinks.

These were the gear essentials that were backpacked all over Oregon: 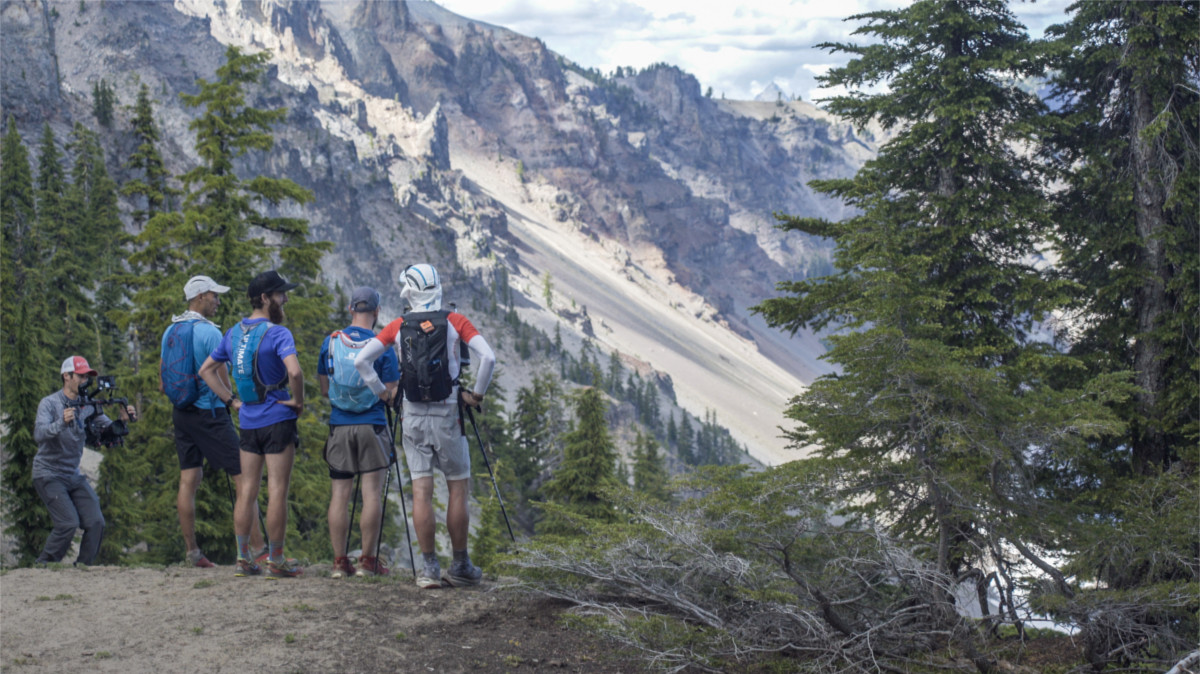 When we asked Steve about the shots that were most difficult to get, it was clear that this question applied to most of them, especially trying to hold the camera steady while being swarmed and bitten by hundreds of mosquitos 24/7! But most of all, it was the heavy and emotional moments that were the hardest to capture:

“The most difficult shots for me, were 1) when Travis had to drop out...and by that time you are friends...and for the story's sake you have to film him just soaking in his misery, when all you really want to do is give him a hug.  And 2) when the guys came into Mackenzie Pass and just looked like they'd been through hell. It was always most difficult to see your friends suffering that much....and to know they still had over 100 miles to go.”

These trips change you. You join a team that you don’t know from a bar of soap and you leave with an extended family. You join with uncertainty and leave with confidence and a sense of accomplishment.

“It was amazing to see how at Day 1 we all didn't know each other well, and by Day 4 we were Friends, and by Day 9 we were Family. It shows how hardship and struggle bring people together. We weren't just "the film crew," we were included in the whole experience and adventure.” 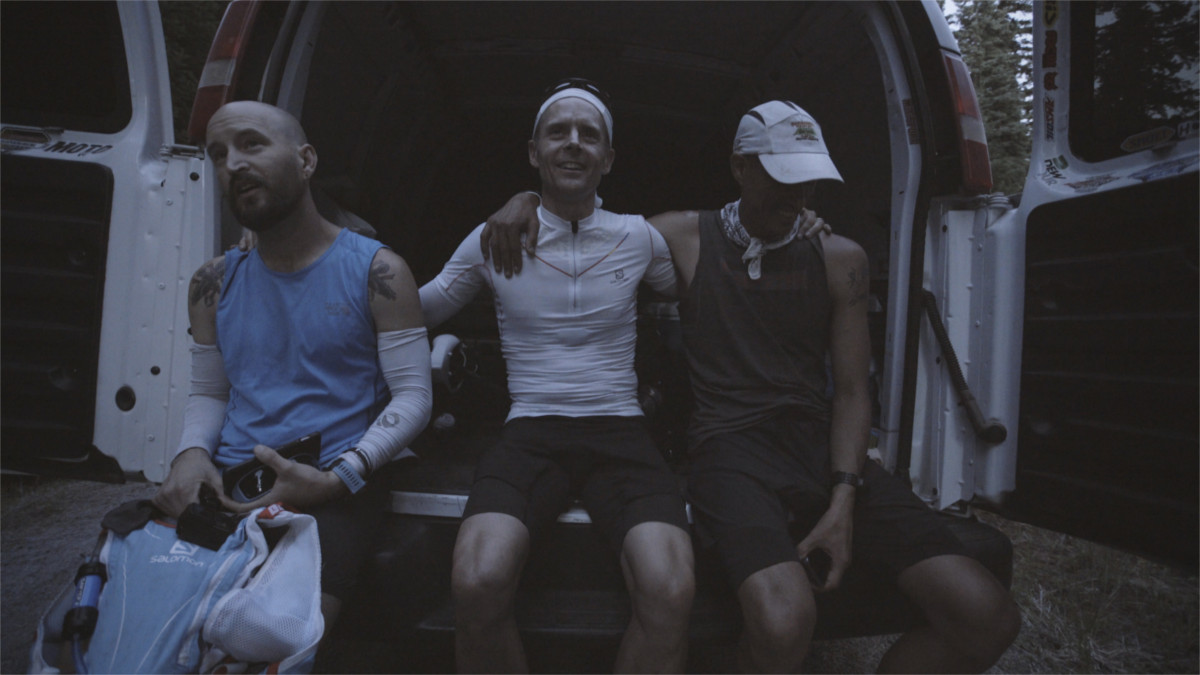 This trip was hard, no doubt. But listening to the way he spoke about the experience and seeing his face light up when he was describing what he encountered was magical. There was an overflowing amount of fulfilment and happiness that filled the air…it was truly empowering and inspiring.

We so often get caught up in the habits of daily life, but Steve is a reminder of what it feels like to be genuinely excited, free and alive. It makes one remember that we all only have one life to live and you better make sure you’re one of the people LIVING it!

If this sounds like something that may excite you and if you’re thinking about entering the world of film, here is some advice from the man himself:

“One - It's ALL about story. Don't worry about getting the latest, greatest camera equipment. Shoot on your phone! A great film does not become great just because it was shot with a RED.

Two - Just make stuff. You won't get better unless you do it. There's no "secret to becoming an instantly great editor." Editing and shooting simply require practice and experience. There's a great line by the rapper Macklemore: "The greats weren't great because at birth they could paint, the greats were great because they would paint a lot!"

Now go on your own adventure and watch the film! Find a screening near you now.